(Found using the eNigmacam and confirmed with two other detectors) 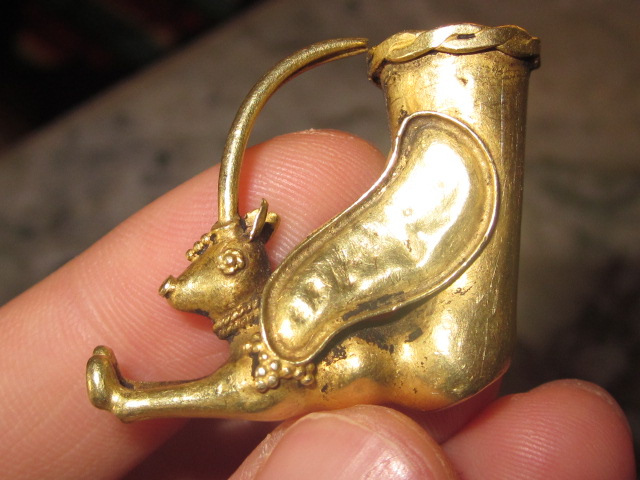 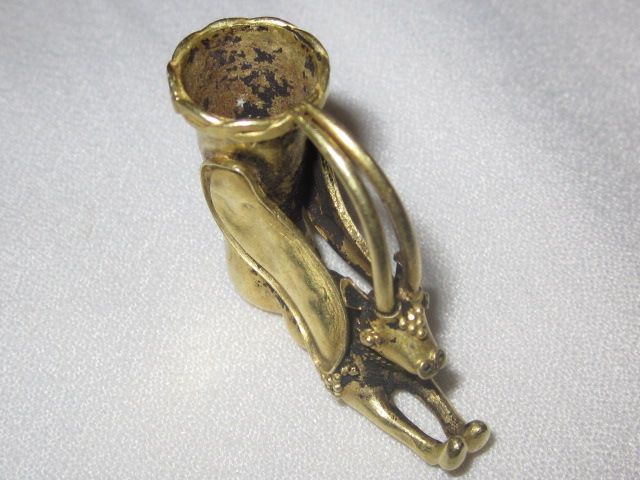 see below for more 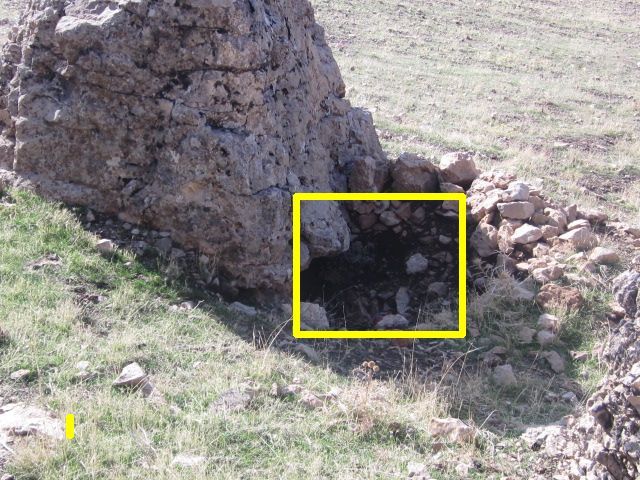 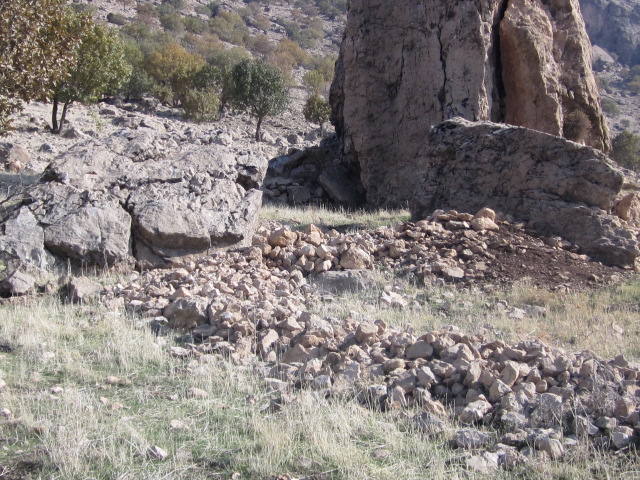 The artefact, of great historical value, was found below rock (left) in area of Middle East (above), ~20 inches down. 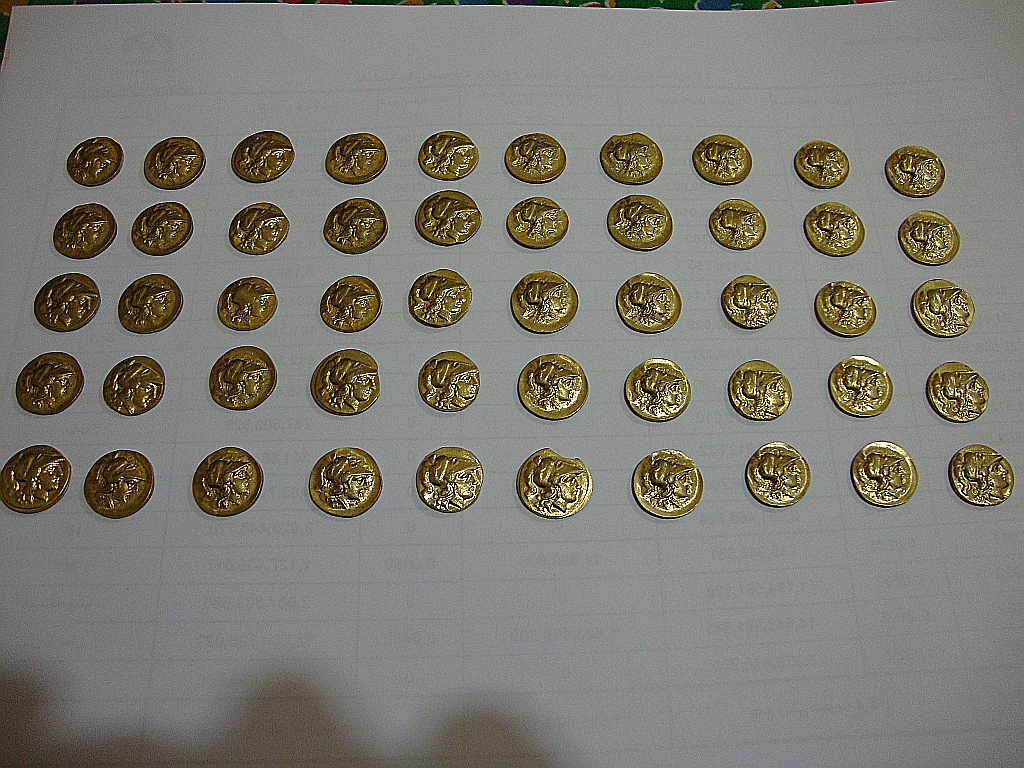 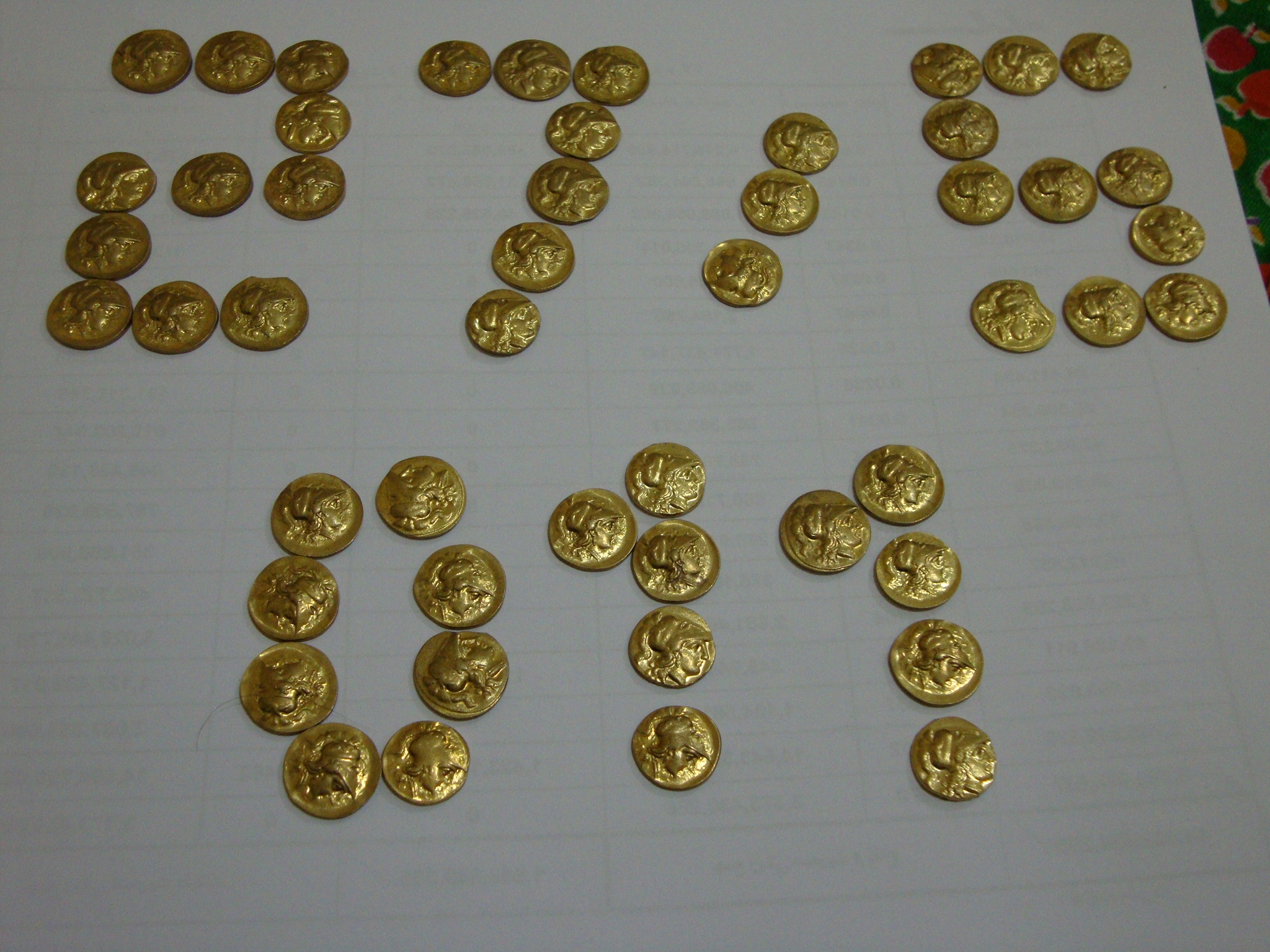 maxFynd is proud to announce that fifty gold coins bearing the head of Alexander the Great* have been discovered using the maxFynd eNigma Cam exactly where and at the depth it indicated. 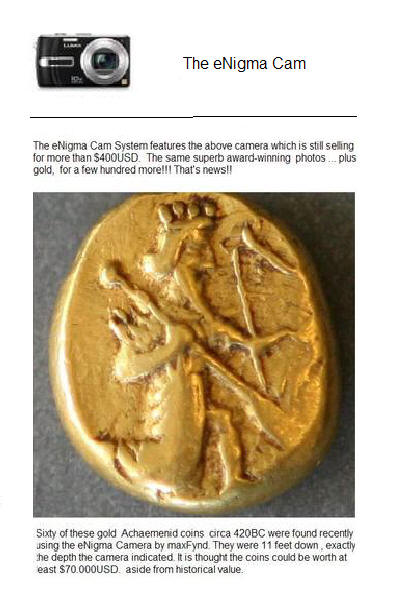 They are from the 3rd century BC which makes them about 2400 years old. The hoard was exactly 11 feet down. Plundered gold was often stamped using Alexander the Great's head.

This is quite an amazing find since the first coins ever minted were only cast more than 2500 years ago, not long before the age of these. 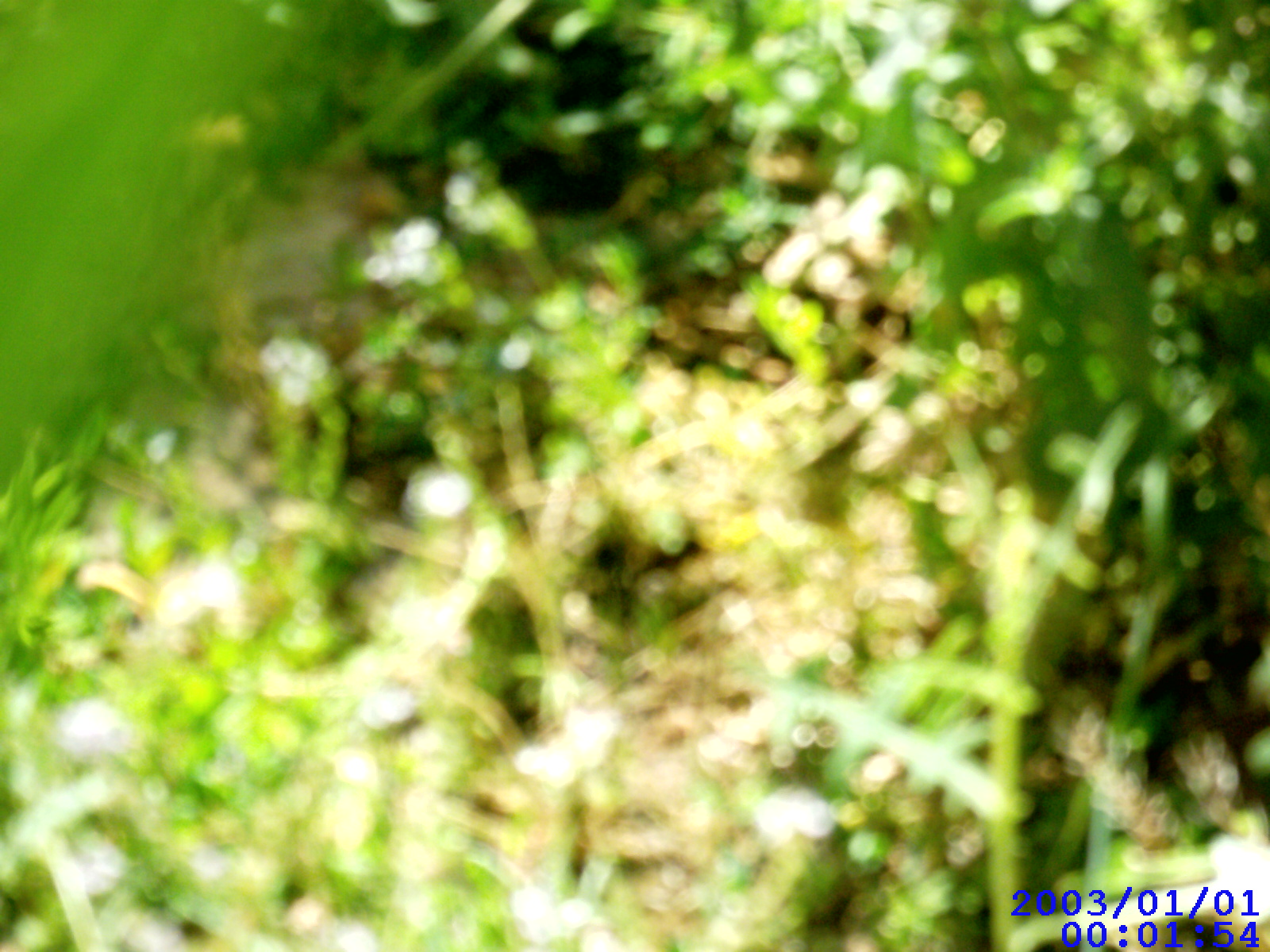 This Zoomcast shot was submitted for analysis to maxFynd last week 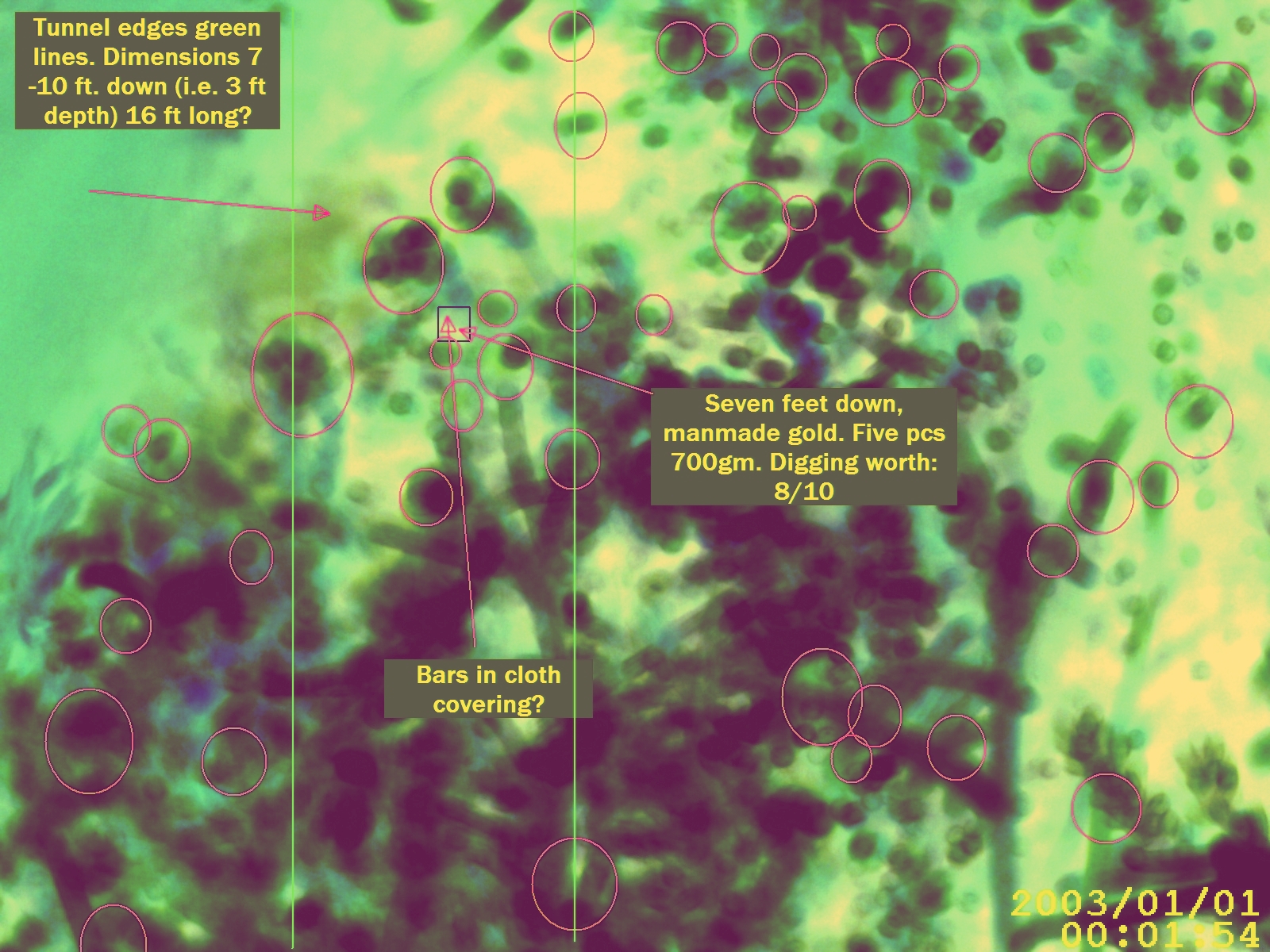 Above are the results of the unseen-cache analysis performed by maxFynd.
Red circles are parameters formed by the maxFynd Gold Algorithm Probability system based on Solar Infra-Red temperature latency and geomagnetic turbulence.
...

YOU CAN DO THIS TOO!

The tunnel was in fact 240cm or 7.87 feet unseen below the surface.The gold was exactly where maxFynd said in the tunnel.There were 5 bars or pieces as mF had predicted.They weighed a total of 700 grams as mF had calculated.They were covered in cloth as mF's analysis had predicted.


THE ABOVE EXACT INFORMATION WAS REVEALED FROM THE ZOOMCAST SHOT ITSELF. THIS IS ALL mF HAD TO WORK WITH.

Here is the email communication that occurred during the analysis.

Hello sir!
See attached,please.
There are buried gold and tunnel.
All the best.
Acme
7/1/2011 2:50 AM maxFynd replies, submitting analyzed photo


Hello sir!
Let me know,how i can find iron,copper and brass in the shots.
How did you know that gold is coverd by cloth in the last pic?
Thank you.
Acme

I can't see any of those metals in the shots.
There is blulite in the second last shot. I will see about adding some info to the manual re these metals.

The sun is changing (fewer sunspots) which should be good for future work with the units.


Pls see attached. (was it in fact covered by cloth? ) 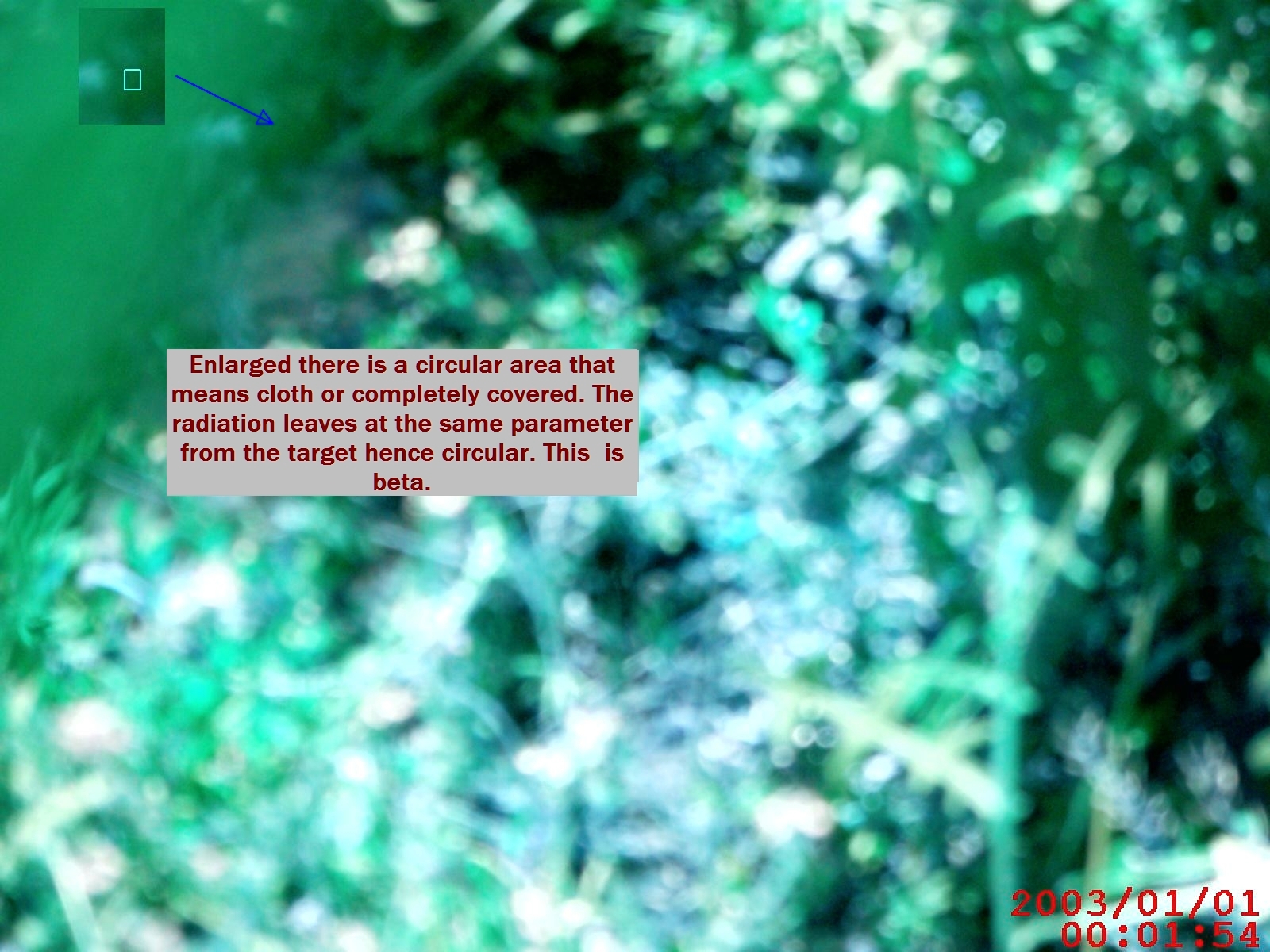 I know on rechecking it was 700. Was it exactly where I said?

I'm more than pleased now. And was it a find or a test?
Hope it was yours!

Excellent. Thanks. Any pics appreciated, whatever.

Hello sir!
Ok.I will try to send you the pic of bars.
Thanks.
Acme 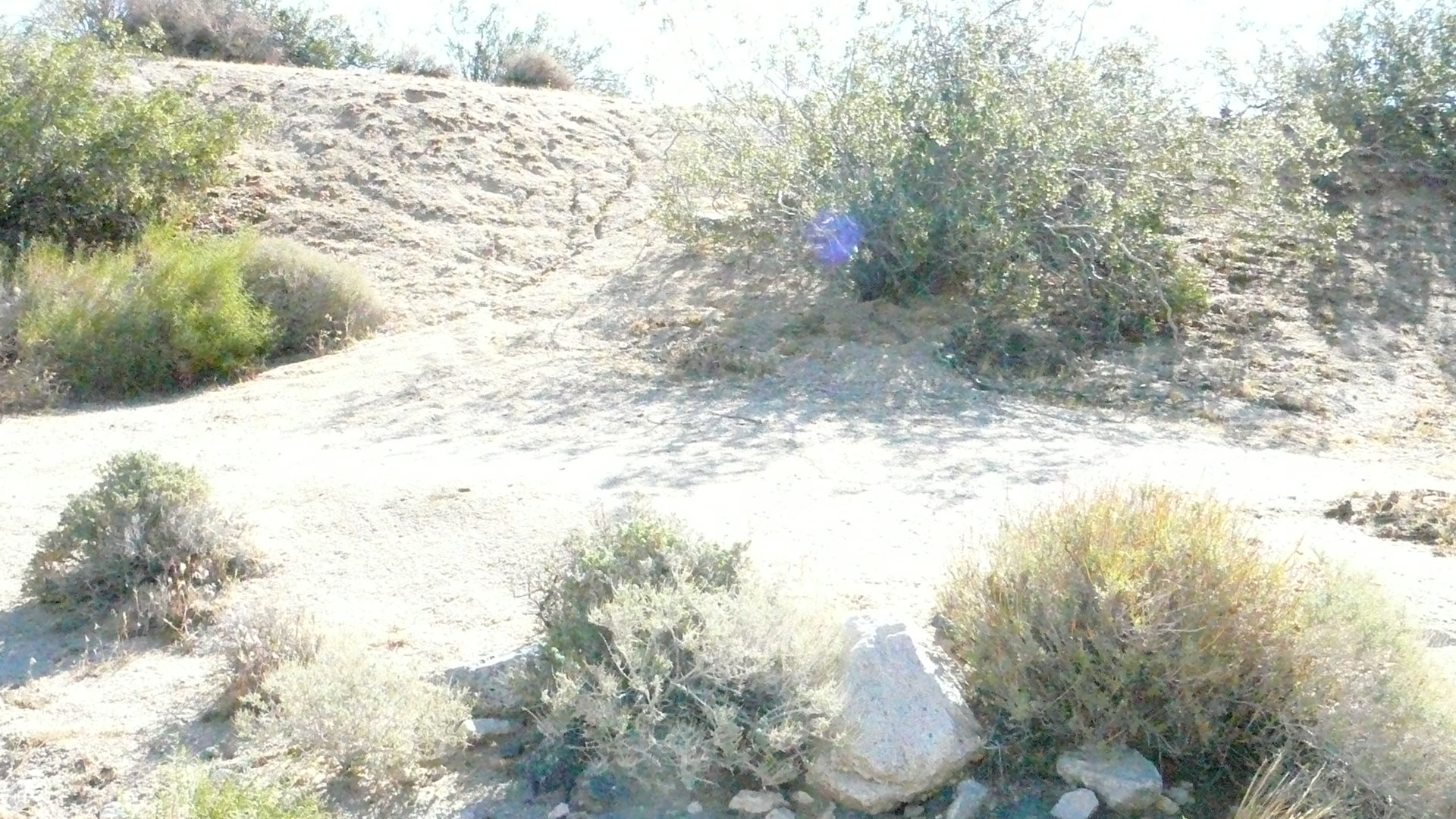 The purple light on the eNigmaCam shot is almost an orb in broad daylight. It's radiation from a massive gold cache in an iron strongbox from the Goldrush.

Historical clues led to this confirmation in an undisclosed location. The eNigmaCam shows evidence in micro to visible form on shots but rarely this size unless the target is large.

The eNigmaCam user is awestruck. He writes:

"Dear mF,
I am so excited I can not even speak!!! I am hoping and PRAYING to GOD that what I am seeing is something that is undeniably something very big!!! I will be going through the photos tonight... and will be sending them sometime tomorrow. I am so baffled mF... These are like nothing I have ever seen before... I am not sure if there is so much gold that the lights have EXPLODED!!! or something wrong with the camera, but, mF... The pictures show ENORMOUS Glowing Light! When we looked through the lens of the camera there was a colored orb that was so bright it was amazing.. At first I thought it might be reflection but every time I moved the camera the orb would disappear if I veered off the spot. These blue orbs were floating up off the ground and away from anything!!! AMAZING!!! Once I looked at the photos when I got home those orbs turned into HUGE BLUE CIRCLES that everytime I moved they appeared in the same place... There are two places these huge blotches of blue are seen on these Photos.... But then later down the photos the ACTUAL ORBS have appeared floating in the air!!!!!"

Testimony to the superior power that the eNigmaCam has when it comes to gold detection. It will dye the ground where the gold is or as in the case above spotlight it.
Not to be confused with anything supernatural by extensive testing and experience, it's simply the power of the physics in the camera's technology that concentrates the specific wavelengths of the IR radiation that radiates off the gold. The location has been proven as a cache using other detectors and methods.

The keywords are "everytime I moved they appeared in the same place."

The user sent me almost 20 photographs showing these balls of light from different locations in the same area. There is no doubt about them. They all calculate back to the same place, the site of the cache. He was so amazed he took 355 perfect shots of the area in a few hours.

Another purple infra-red gold image taken with the eNigmacam. This one from Northern US taken by another user. 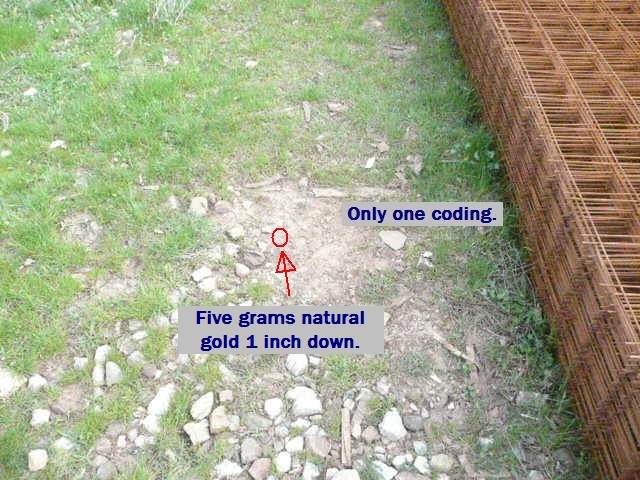 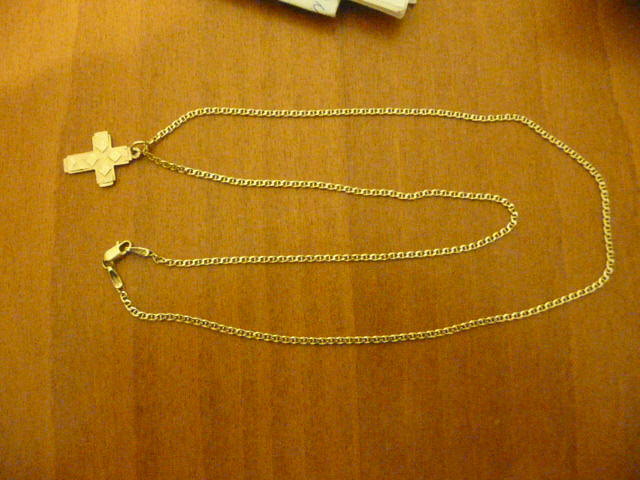 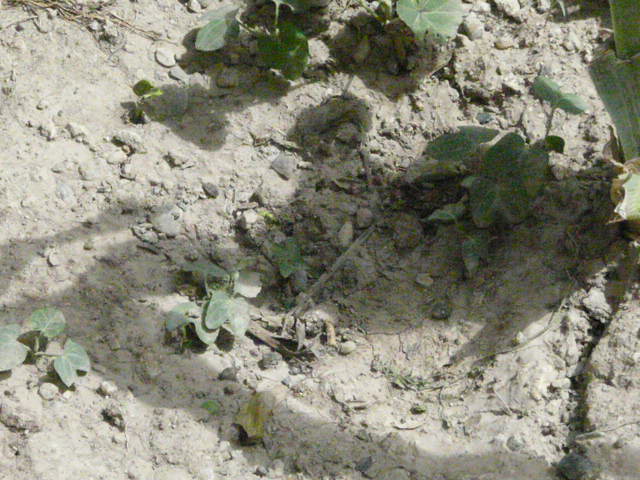 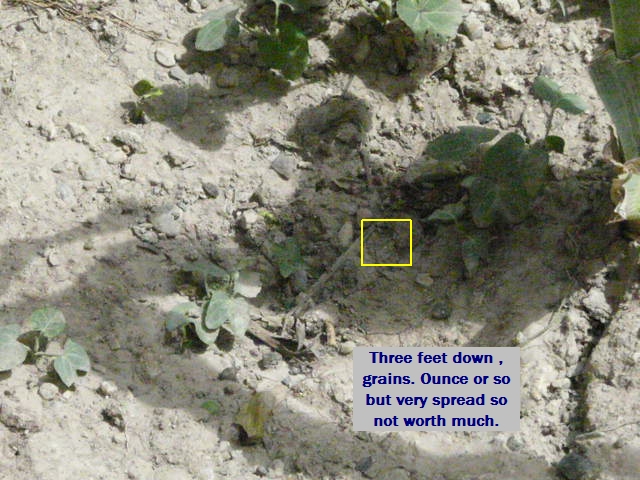 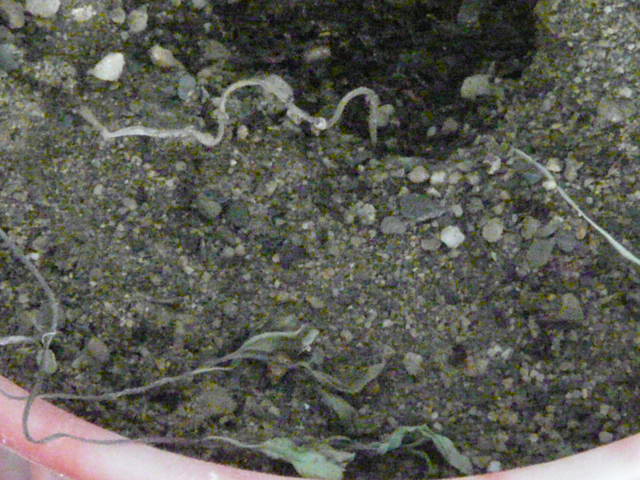 I took this shot of the room.

What is your opinion? " 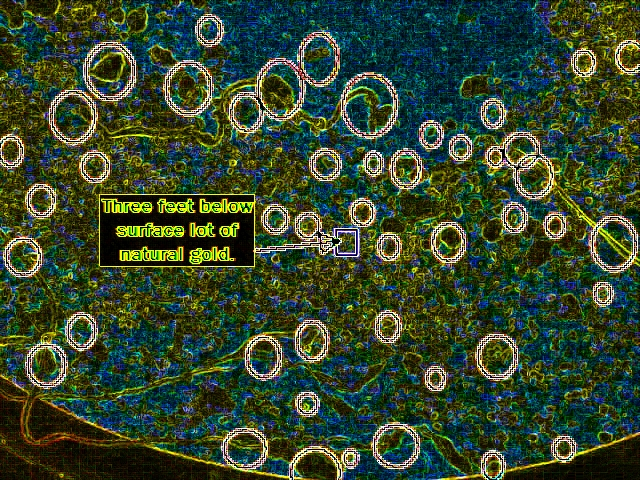 One of maxFynd's customers has spent a year or two using our units in an attempt to locate gold in an area of the Rockies. Below are some of many promising photos.

Some were taken using maxFynd's 'Hawkeye' Remote Sensing balloon Blimp which has been re-released as a radio-controlled helicopter, 'Hawkeye II'. 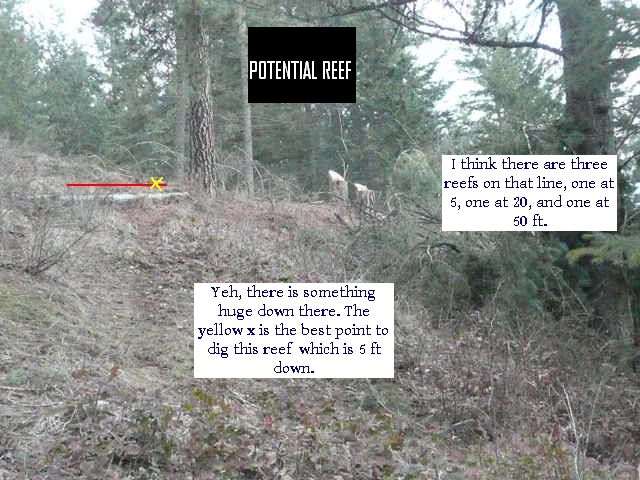 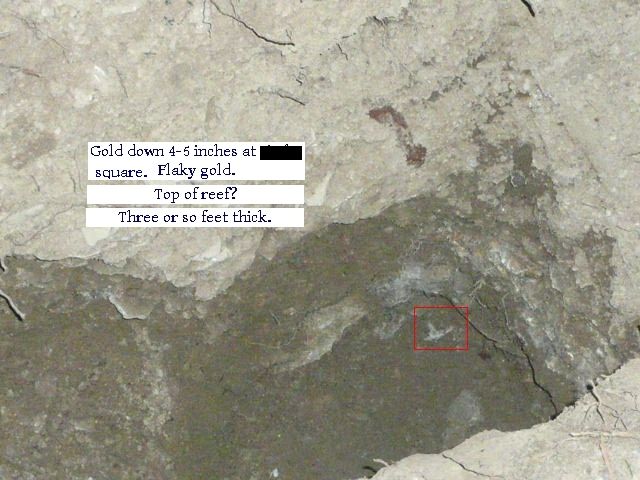 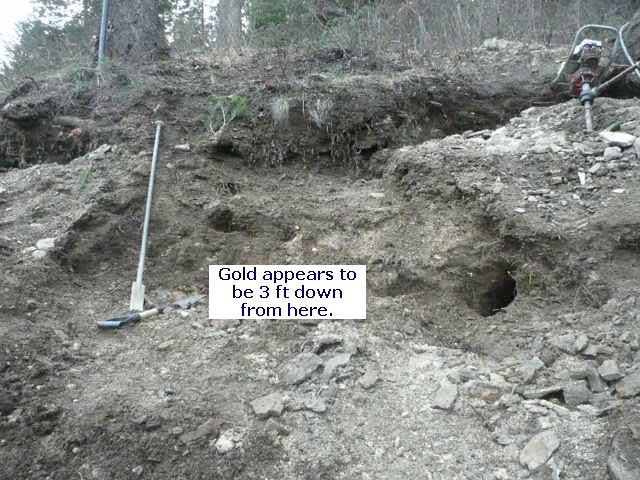 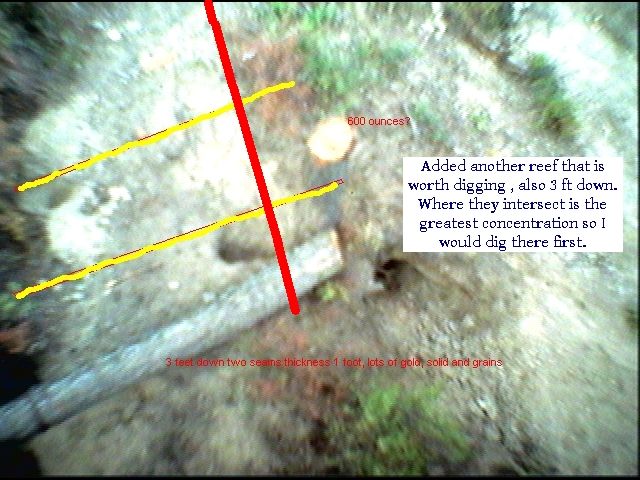 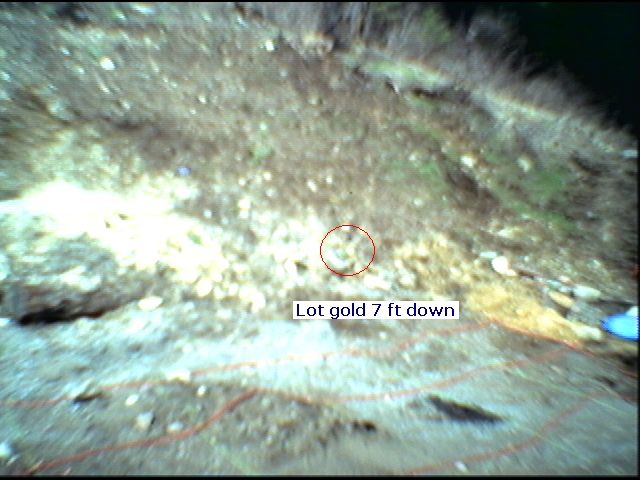 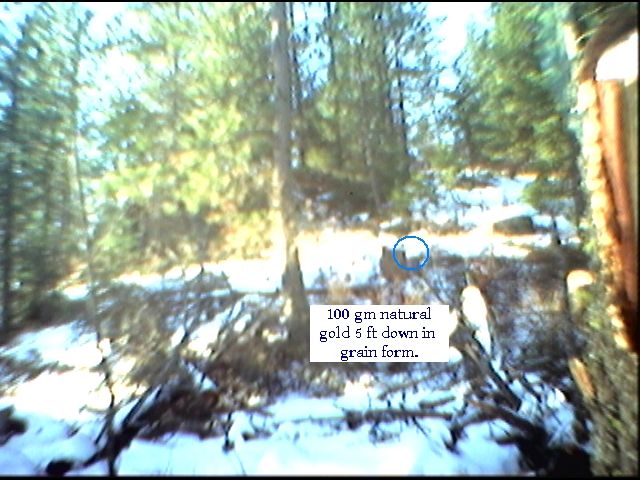 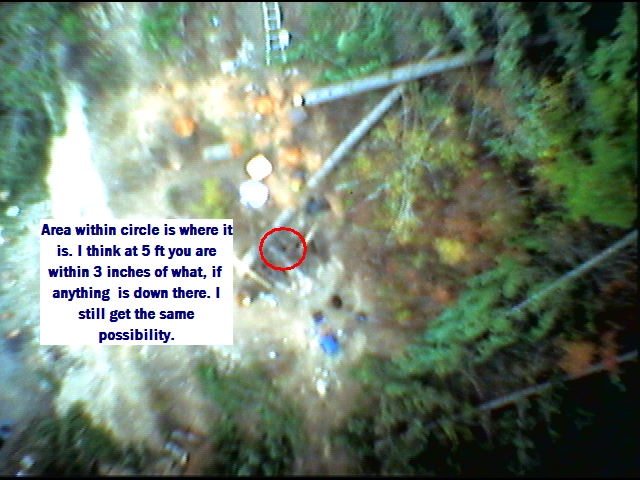 Recently an estimated 200,000 grams of nodular gold was found using the eNigmacam.Lite by maxFynd, This cam is only $399USD on request.yet it did the job perfectly. Once this is processed the pure gold bars will appear here.

This shot taken in the Rockies with eNigmacam shows natural gold and manmade silver together. 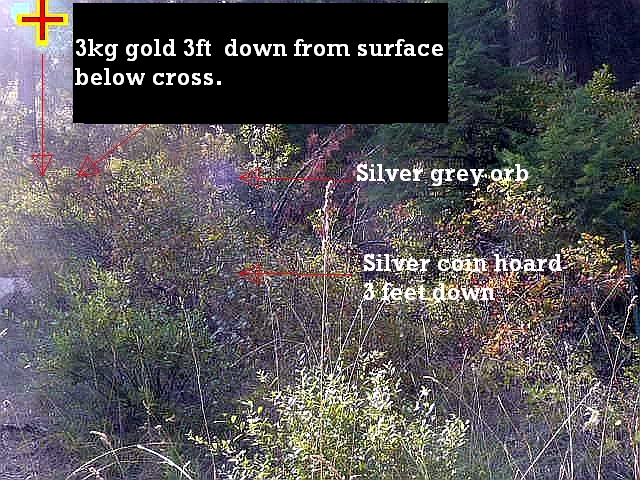 There are no products to list in this category.
Continue